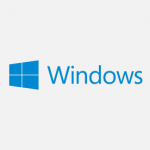 I’ve noticed an issue with Microsoft Windows Server 2016, where a default install, when joined to an Active Directory Domain, will not get it’s time from the domain itself, but rather from “time.windows.com”.

I first noticed this a couple months ago when I had some time issues with one of my Server 2016 member servers. I ran “net time” which reported time from the domain controller, so I simply restarted the VM and it resolved the issue (or so I thought). I did not know there was a larger underlying issue.

While performing maintenance today, I noticed that all Windows Server 2016 VMs were getting their time from “time.windows.com”. When running “w32tm /monitor”, the hosts actually reported the PDC time sources, yet it still used the internet ntp server. I checked all my Windows Server 2012 R2 member servers and they didn’t have the issue. All workstations running Windows 10 didn’t have the issue either.

When this issue occurs, you’ll notice in the event log that the Windows Time Service actually finds your domain controllers as time sources, but then overrides it with the internet server time.windows.com for some reason. The only reference you’ll find pertaining to “time.windows.com”, will be when you run the “w32tm /query /configuration” command.

We need to change the time source from that host to the domain “NT5DS” time source. We’ll do so by resetting the configuration to default settings on the member server.

How to reset the Windows Time Service (w32tm) to default settings

PLEASE NOTE: Only run this on member servers that are experiencing this issue. Do not run this on your domain controller.

After doing this, when running “w32tm /query /configuration” you’ll notice the time source will now reflect “NT5DS”, and the servers should now being using your domain hierarchy time sources (domain controllers). 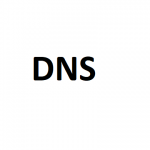 If you’re experiencing DNS issues (or internet issues) today on September 7 2018, you’re not alone. As of this morning, I’ve been noticing increased traffic coming in to my blog from people searching for DNS issues.

I decided to do a little investigation and noticed numerous people reporting DNS issues in Canada and the United States. While this is being reported by users across North America, I’ve been noticing a trend reporting issues that may be using Canadian hosted DNS Servers.

I will be updating this post below as I find out more information. If you know anything or can contribute any information, please leave a comment below.

Microsoft is ending extended support for Windows 7 on January 14th 2020. With Windows 7 reaching it’s end of life, I highly recommend that you start planning your upgrade from Windows 7 to Windows 10.

When support ends, no more security patches or Windows updates will be available for the product. Expect numerous zero-day exploits to be released shortly after the product reaches EoL.

More information can be found at https://www.digitallyaccurate.com/blog/2018/09/02/microsoft-windows-7-support-ending-january-2020-windows-7-end-of-life/