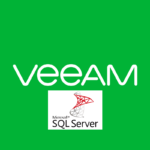 So, there’s a common problem where when performing a backup, you’ll see it fail with Veeam Unable to Truncate Microsoft SQL Server transaction logs.

This is usually due to permission problems either with the account used for guest processing, or with permissions inside of your SQL database. Typically in most cases this can be resolved by referencing the appropriate Veeam KB article which outlines the permissions required for proper guest processing of Microsoft SQL servers.

However, in some rare cases you may have everything configured properly, however the backup may continue to present these warnings with where it’s unable to truncate Microsoft SQL Server transaction logs.

I recently deployed an SQL Server in a domain, and of course made sure to setup the proper backup procedures as I’ve done a million times.

However, when performing a backup, the backup would present a warning with the following message:

This was very odd as I configured everything properly, and even confirmed it when referring the Veeam KB listed above in this post.

So I decided to look at this as if it was something different, something with credentials, or a different problem.

I noticed that in this specific customer environment, that their FQDN for their domain was so long, that the NETBIOS domain name did not equal their FQDN domain name.

In this example, the following was observed:

Due to the length of the domain, they shortened the NETBIOS domain with abbreviated letters.

When configuring the Veeam credentials for guest processing, one would assume that when using the “AD Search” function, it would have pulled the “LCNDOMAIN\BackupAdminProcessing” account, however when using the check feature, it actually created an entry for “LongCompanyName\BackupAdminProcessing”, which was technically incorrect as it didn’t match the SAM logon format for the account.

Because of the observation noted above, I created a manual credential entry for “LCNDOMAIN\BackupAdminProcessing”, reconfigured the backup job to use those new credentials, and it worked!

The issue is because when using the AD search function in the credential manager, Veeam doesn’t translate and pull the NETBIOS domain, but uses the SAM logon format and assumes the UPN Domain matches the NETBIOS domain name.

While this may hold true in most scenarios, there may be rare situations (like above) where the NETBIOS domain name does not match the domain used in the UPN suffix. 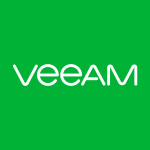 This morning I noticed that CentOS 7.5 (1804) was available for upgrade via yum. After upgrading my CentOS instance from 7.4 to 7.5 on Microsoft Azure, I noticed that when running a backup using the Veeam Linux Agent, the system would crash and become completely unresponsive. I would have to manually restart the OS.

Upon reboot, I analyzed the console messages log and ran the backup again to see what was happening.

Here’s a look at my /var/log/messages:

It appeared the veeamsnap module was causing a protection fault with the kernel, causing the system to crash.

In an effort to troubleshoot, I uninstalled and reinstalled Veeam and tried rebuilding the kernel module, however the issue still persisted. After some searching, I came across these two posts:

According to the KB, the veeamsnap module isn’t compatible with kernel version 3.10.0-862.

Checking my system after upgrading CentOS 7.5:

Essentially, as of right now the Veeam Agent for Linux is not yet supported on CentOS 7.5, RHEL 7.5, or Oracle RHCK 7.5. If you’re running any of these, hold off and do not install Veeam Agent for Linux. If you are scheduling an upgrade, do not perform upgrade unless you want to break your backup. It sounds like this should be fixed in a future update.

About a week ago, I loaded up Veeam Backup and Replication in to my test environment. It’s a fantastic product, and it’s working great, however today I had a little bit of an issue with a DC running Windows Server 2016 Server Core.

I woke up to a notification that the backup failed due to a VSS snapshot issue. Now I know that VSS can be a little picky at times, so I decided to restart the guest VM. Upon restarting, she came back up, was pingable, and appeared to be running fine, however the backup kept failing with new errors, the event log was looking very strange on the server, and numerous services that were set to automatic were not starting up.

This specific server was installed using Server Core mode, so it has no GUI and is administered via command prompt over RDP, or via remote management utilities. Once RDP’ing in to the server, I noticed the “Safe Mode” branding on each corner of the display, this was very odd. I restarted the server again, this time manually trying to start Active Directory Services manually via services.msc. 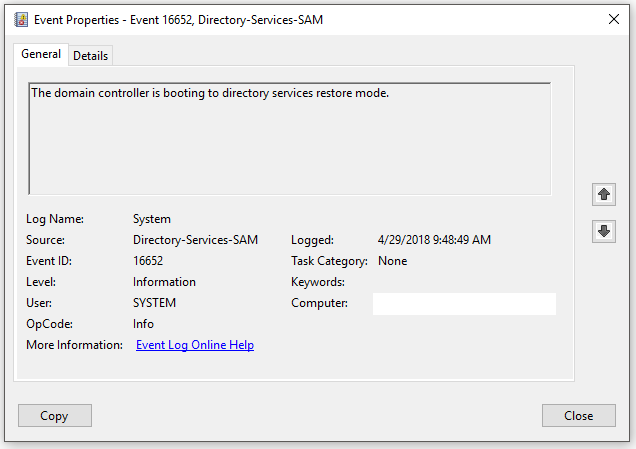 The domain controller is booting to directory services restore mode.

This surprised me (and scared me for that matter). I immediately started searching the internet to find out what would have caused this…

To my relief, I read numerous sites that advise that when an active backup is running on a guest VM which is a domain controller, Veeam activates directory services restore mode temporarily, so in the event of a restore, it will boot to this mode automatically. In my case, the switch was not changed back during the backup failure.

Running the following command in a command prompt, verifies that the safeboot switch is set to dsrepair enabled:

To disable directory services restore mode, type the following in a command prompt:

Restart the server and the issue should be resolved!