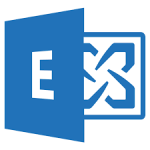 On a Microsoft Exchange 2016 Server, utilizing Let’s Encrypt SSL Certificates, an upgrade to Cumulative Update 12 may fail. This is due to security permissions on the SSL certificate.

I later noticed that this occurs on all cumulative updates when using the Let’s Encrypt SSL certificates. This includes Exchange 2016 CU13 and CU14.

The CU install will fail, some services may function, but the server will not accept e-mail, or allow connections from Microsoft Outlook, or ActiveSync devices. PowerShell and EAC will not function.

The issue can be identified on this failure log:

Unfortunately because Exchange is not working, you won’t be able to use Powershell or the EAC to configure SSL certs.

To resolve this, open up the IIS Manager, right click on the Exchange Web Site, click “Edit Bindings”

Once the “Edit Bindings” windows is open, you’ll want to open BOTH https bindings, and click “Edit”, and then change the SSL Certificate from the Let’s Encrypt SSL cert, to the self-signed Exchange certificate that ships on the brand new install. The self-signed certification most likely will be labelled as the computer name.

If you configured the Let’s Encrypt SSL certificate on the “Exchange Backend” IIS site, you’ll also need to repeat these steps on that as well.

You can now restart the server, run the “setup.exe” on CU12 again, and it will attempt to continue and repair Exchange 2016 Cumulative Update 12.

After the update is complete, you’ll want to restart the server. You’ll notice that the acme script, whether run automatically or manually, will not set the Let’s Encrypt certificate up again (because it’s not due for renewal). You’ll need to run the letsencrypt.exe file, and force an auto renewal which will kick off the Exchange configuration scripts (or you can manually set the certificate if you’re comfortable applying Exchange SSL certificates via PowerShell. 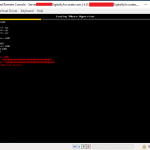 After installing HPE iLO Amplifier on your network and updating iLO 4 firmware to 2.60 or 2.61, you may notice that your HPE Proliant Servers may fail to boot ESXi from a USB drive or SD-Card.

This was occuring on 2 ESXi Hosts. Both were HPE Proliant DL360p Gen8 Servers. One server was using an internal USB drive for ESXi, while the other was using an HPE branded SD Card.

The issue started occuring on both hosts after a planned InfoSight implementation. Both hosts iLO controllers firmware were upgraded to 2.61, iLO Amplifier was deployed (and the servers added), and the amplifier was connected to an HPE InfoSight account.

Update – May 24th 2019: As an HPE partner, I have been working with HPE, the product manager, and development team on this issue. HPE has provided me with a fix to test that I have been able to verify fully resolves this issue! Stay tuned for more information!

Update – June 5th 2019: Great news! As Bob Perugini (WW Product Manager at HPE) put it: “HPE is happy to announce that this issue has been fixed in latest version of iLO Amplifier Pack, v1.40. To download iLO Amplifier Pack v1.40, go to http://www.hpe.com/servers/iloamplifierpack and click “download”.” Scroll to the bottom of the post for more information!

Please see below for errors:

This issue may occur intermittently, on the majority of boots, or on all boots. Re-installing ESXi on the media, as well as replacing the USB/SD Card has no effect. Installation will be successful, however you the issue is still experiences on boot.

The Issue and Fix

This issue occurs because the HPE iLO Amplifier is running continuous server inventory scans while the hosts are booting. When one inventory completes, it restarts another scan.

The following can be noted:

We noticed that once the HPE iLO Amplifier Virtual Machine was powered off, not only did the servers boot faster, but they also booted 100% succesfully each time. Powering on the iLO Amplifier would cause the ESXi hosts to fail to boot once again.

I’d also like to note that on the host using the SD-Card, the failed boot would actually completely lock up iLO, and would require physical intervention to disconnect and reconnect the power to the server. We were unable to restart the server once it froze (this did not happen to the host using the USB drive).

There are some settings on the HPE iLO amplifier to control performance and intervals of inventory scans, however we noticed that modifying these settings did not alter or stop the issue, and had no effect.

As a temporary workaround, make sure your iLO amplifier is powered off during any maintenance to avoid hosts freezing/failing to boot.

To fully resolve this issue, upgrade your iLO Amplifier to the latest version (1.40 as of the time of this update). The latest version can be downloaded at: http://www.hpe.com/servers/iloamplifierpack.

I’ve attempted to try downgrading to the earliest supported iLo version 2.54, and the issue still occurs.

I also upgraded to the newest version 2.62 which presented some new issues.

I disconnected the power cables, reconnected, and restarted the server. This boot, the server didn’t even detect the bootable USB stick.

Again, after shutting down the iLo Amplifier, the server booted properly and the issue disappeared.

As an HPE partner, I have been working with HPE, the product manager, and development team on this issue. HPE has provided me with a fix to test that I have been able to verify fully resolves this issue! Stay tuned for more information!

Great news as the issue is now fixed! As Bob Perugini (WorldWide Product Manager at HPE) said it:

HPE is happy to announce that this issue has been fixed in latest version of iLO Amplifier Pack, v1.40.

Here’s what’s new in iLO Amplifier Pack v1.40:
─ Available as a VMware ESXi appliance and as a Hyper-V appliance (Hyper-V is new)
─ VMware tools have been added to the ESXi appliance
─ Ability to schedule the time of the daily transmission of Active Health System (AHS) data to InfoSight
─ Ability to opt-in and allow the IP address and hostname of the server to be transmitted to InfoSight and displayed
─ Test connectivity button to help verify iLO Amplifier Pack has successfully connected to InfoSight
─ Allow user authentication credentials for the proxy server when connecting to InfoSight
─ Added ability to specify IP address or hostname for the HPE RDA connection when connection to InfoSight
─ Ability to send updated AHS data “now” for an individual server
─ Ability to stage firmware and driver updates to the iLO Repository and then deploy the staged updates at a later date or time (HPE Gen10 servers only)
─ Allow the firmware and driver updates of servers whose iLO has been configured in CNSA (Commercial National Security Algorithm) mode (HPE Gen10 servers only)