After upgrading from Horizon 8 2006 to Horizon 8 2012, audio stopped working. When connected to a VDI session, audio is not being passed through to the client.

Audio simply does not work. Using the Chrome and multimedia redirection, audio will work, but this is most likely due to the fact the client is handling multimedia.

Uninstalling and reinstalling the Horizon Client does not correct this.

Audio does function on the Horizon Android client so I isolated this to the Windows client.

After further troubleshooting, I opened the Windows Sound mixer (Right click on the audio icon in the system tray, select “Open Volume Mixer”). I noticed that not only was the VMware Horizon client at 0, but it was also muted.

Unmuting this and raising the volume slider resolved the issue. 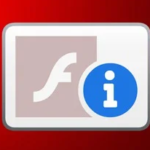