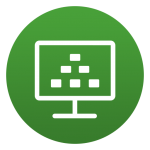 This will either timeout, or eventually (after numerous minutes) finally load. This occurs both with standard authentication, as well as 2FA/MFA/RADIUS authentication.

Originally, I thought this issue was related to 2FA and/or RADIUS, however after disabling both, the issue was still present. In the VDM debug logs, you may find something similar to below:

The apparent delay “Authenticating” or “Logging In” is caused by a Wake On LAN packet being sent to an unmanaged physical workstation that has the VMware View Agent installed. This is occurring because the system is powered off.

After powering on all unmanaged View agents running on physical computers, the issue should be resolved.