I had the pleasure of playing with a fully loaded HPE Moonshot 1500 Chassis, and an HPe Edgeline EL4000 Converged Edge System last month during my visit to HPe Headquarters in Toronto, Ontario. I like to think of this thing as the answer for high-density anything and everything!

I’ve known about the HPE Moonshot portfolio for some time, however I didn’t understand how mammoth one of these chassis’ are until I saw it performing in real life. 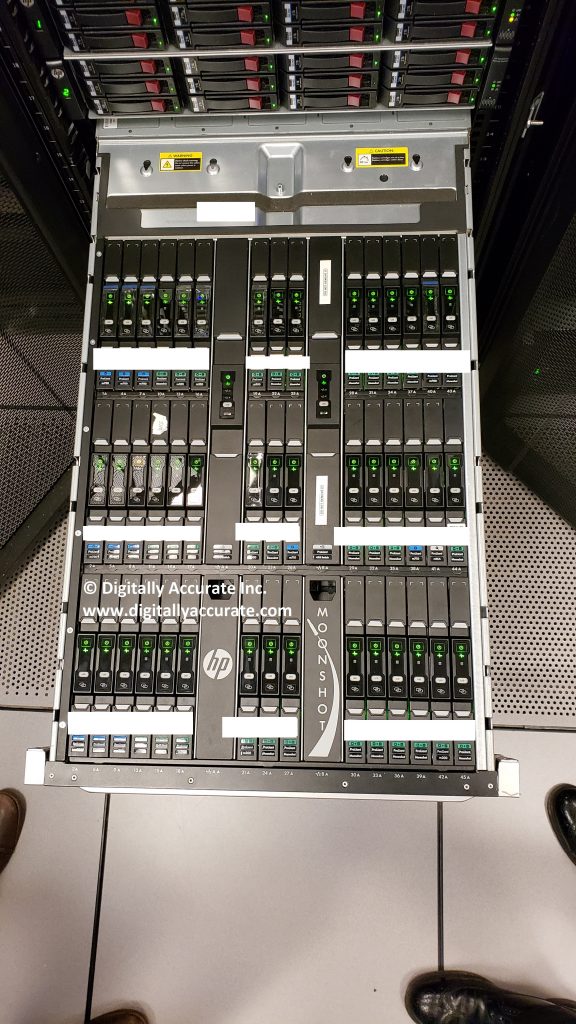 As you can see, you can virtually load up whatever you’d like on it that requires a CPU (HPE Moonshot can run both x86 and ARM architectures depending on which cartridges are utilized).

The HPE Edgeline EL4000 was designed (you probably guessed it) for the edge. Whether it be the enterprise edge, media edge, or IoT edge, the EL4000 is a perfect fit. 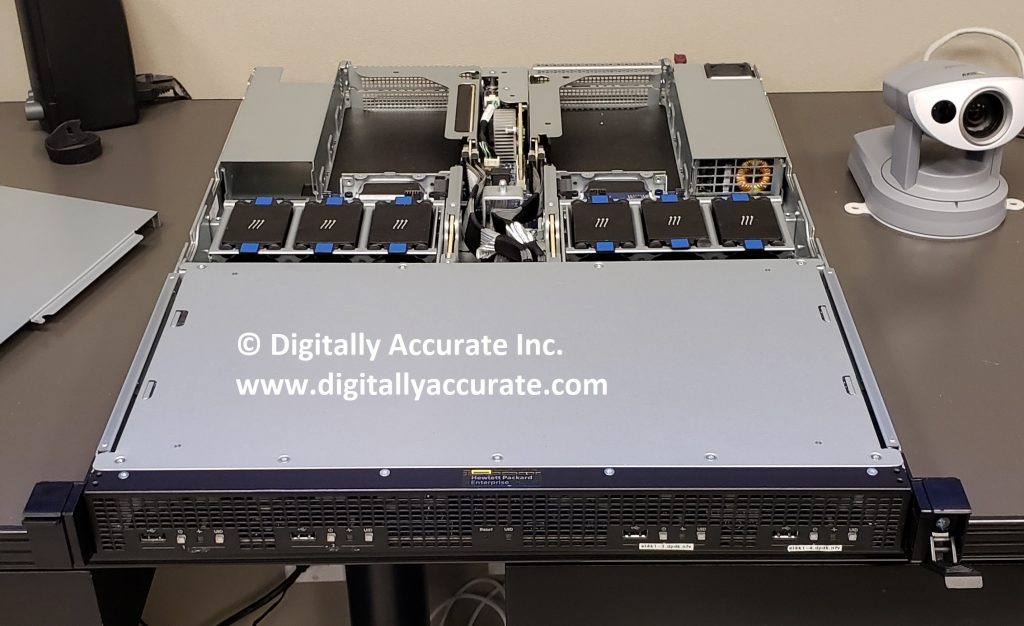 This bad boy supports up to 4 HPE Proliant Server Cartridge (m510 or m710x) compute nodes in a 1U package. It also supports up to 4 PCIe cards, or 4 PXIe modules assignable to any of the compute modules.

With the flexibility of different cartridges, along with Moonshot being software defined, you can highly customize whatever workload you may be running. 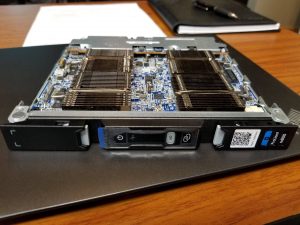 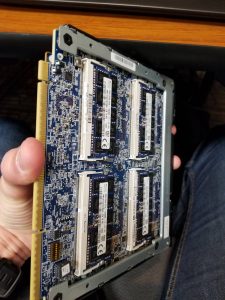 The following cartridges are currently available for the HPE Moonshot platform:

As you can see there is quite some flexibility as far as the cartridges you can roll out. I get really excited when I think of VDI with Moonshot just because of the fact that the Intel Iris Pro P580, and P6300 are fully supported on VMware’s HCL for vDGA and vSGA graphics for vSphere 6.5 and 6.7.

There are also retired/discontinued cartridges (such as the HPE Proliant m800) which are beyond the scope of this blog post.

On the HPe Moonshot 1500 Chassis, networking is handled inside of the chassis via 1 or 2 network switch modules and uplink modules. You’ll then connect the uplinks from the uplink modules to your real physical network. You can connect to your network via QSFP+ or SFP+ connections using DAC (direct attached cables) or fiber cables with transceivers at speeds of 40Gb or 10Gb.

Each cartridge can contain it’s own dedicated storage up to 2TB. This is perfect for a HPE StoreVirtual VSA deployment or even basic direct attached storage. You can also connect HPE Moonshot to an HPE 3PAR SAN or an HPE Apollo 4500 storage system via the 10Gb network Fabric.

There’s a few options as to how you can plan your storage deployment with Moonshot:

As you can see, there’s quite a few options and possibilities as far as your storage deployment goes.

Here’s some additional photos of the unit. 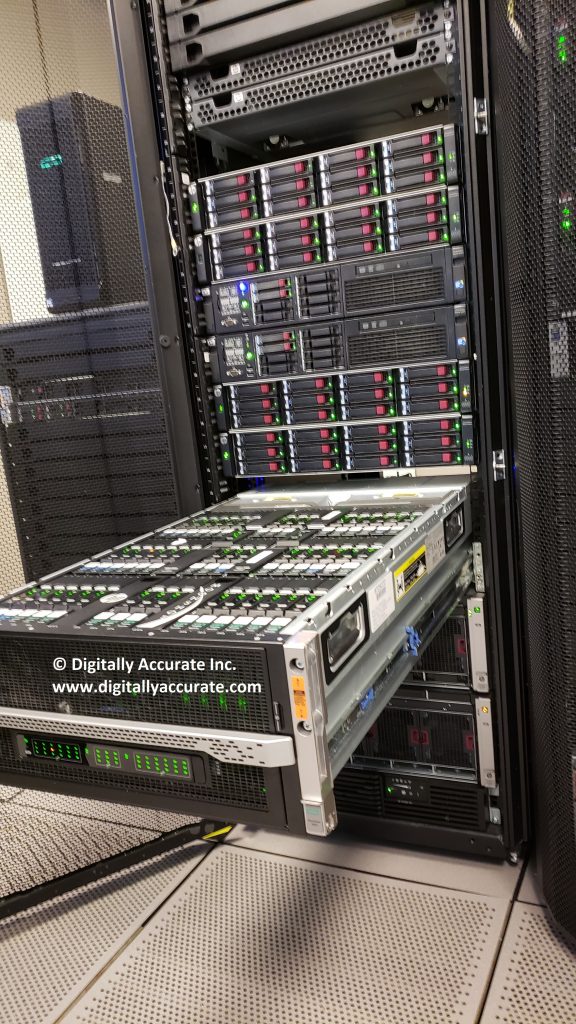 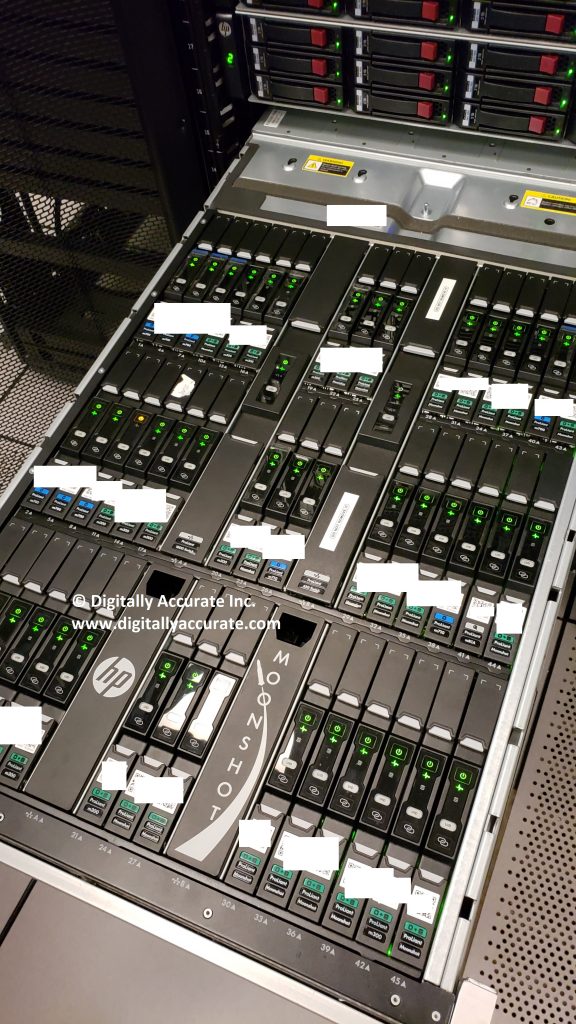 And remember, if you’re interested in the HPE Moonshot product or any other products or solutions in HPE’s portfolio, please don’t hesitate to reach out to me or my company (Digitally Accurate Inc.) for more information as we are an HPE partner and design/configure/sell HPE solutions!