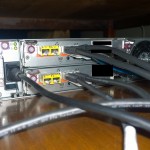 I’d say 50% of all e-mails/comments I receive from the blog in the last 12 months or so, have been from viewers requesting pictures or proof of the HPE MSA 2040 Dual Controller SAN being connection to servers via 10Gb DAC Cables. This should also apply to the newer generation HPE MSA 2050 Dual Controller SAN.

Decided to finally publicly post the pics! Let me know if you have any questions. In the pictures you’ll see the SAN connected to 2 X HPE Proliant DL360p Gen8 servers via 4 X HPE 10Gb DAC (Direct Attach Cable) Cables. 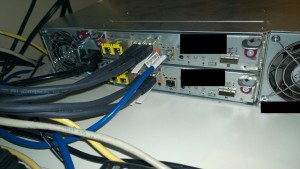 Connection of SAN from Servers 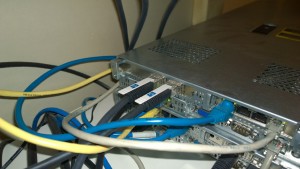 Connection of DAC Cables from SAN to Servers

See below for a video with host connectivity: