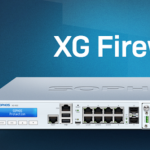 When deploying the Sophos XG Firewall on to Microsoft Azure, it seems as if you always need to create a new resource group and are limited to certain regions. This is not the case.

This is true when using the “Sophos XG Firewall on Microsoft Azure” quick start guide here, and/or when using the Microsoft Azure Marketplace. If you attempt to deploy to an existing Resource Group, it will prevent you from doing so. It may also restrict you from using some configurations and virtual machine sizes, and also limit which region you can deploy to.

If you’re like me and already have Infrastructure in Microsoft’s Cloud and want more control over configuration and deployment, then your’re probably looking at deploying in to an existing Resource Group, using a more customized configuration, and may have the requirement to deploy to other Azure regions. See below for my own “Quick start to customized Sophos XG deployments on Microsoft Azure” guide.

Sophos has alternative methods for deploying to Azure, however they are difficult to find. I actually had to spend quite a bit of time to find information, and then spent tons of time learning how to deploy it properly as well. Sophos has GitHub configured as a repo for their Azure XG deployment templates, along with some other goodies that may come in handy. The URL for their GitHub site is https://github.com/sophos-iaas/xg-azure

Before we begin, we make the following assumptions:

How to deploy Sophos XG Firewall on Microsoft Azure to existing Resource Group in any region.

After doing all this you should be able to deploy these on the fly whenever needed. As mentioned above, this is critical knowledge for Sophos XG admins using Microsoft Azure as this process needs to be known for backup and disaster recovery purposes. Also, chances are you’ll need to attempt deployment multiple times before successfully deploying the instance. I had 4 or 5 unsuccessful deployment attempts due to various issues such as mis-typed fields, blank fields, and incorrectly populated fields, so don’t feel bad if it takes you some time. It’s a learning process!

Leave a comment and let me know how your deployment went and if you have any questions!