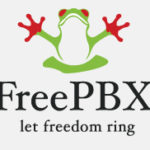 I found out today that some time ago, the G729 codec was released from all patents, and is now available free of charge to use on FreePBX (and probably Asterisk).

On fresh installation of the FreePBX SNG distribution, the G729 codec is pre-installed and ready to go out of the box, however if you have an older system that you have been maintaing and upgrading, G729 is not automatically installed.

As per the release notes:

The package then installed, I restarted the PBX, and g729 was available to use. I tested and it works great!