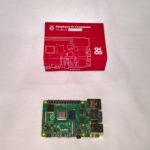 If you’re worried about destroying your SD Cards, need some more space, or just want to learn something new, I’m going to show you how to use an NFS root for the Raspberry Pi 4.

When you use an NFS Root with your Raspberry Pi, it stores the entire root filesystem on a remote NFS export (think of it as a network filesystem share). This means you’ll have as much space as the NFS export, and you’ll probably see way faster performance since it’ll be running at 1Gb/sec instead of the speed of the SD Card.

This also protects your SD card, as the majority of the reading and writing is performed on the physical storage of the NFS export, instead of the SD card in the Pi which has limited reads and writes.

To get started, you’ll need:

There are multiple ways to do this, but I’m providing instructions on the easiest way it was for me to do this with the resources I had immediately available.

To boot your Raspberry Pi 4 from an NFS root, multiple steps are involved. Below you’ll find the summary, and further down you’ll find the full instructions. You can click on an item below to go directly to the section.

See below for the individual instructions for each step.

Write the Linux image to an SD Card

First, we need to write the SD Card Linux image to your SD card. You’ll need to know which device your SD card will appear to your computer. In my case it was /dev/sdb, make sure you verify the right device or you could damage your current Linux install.

You now have an SD Card Linux install for your Raspberry Pi. We will later modify and then copy this to the NFS root and boot SD card.

In this step, we’re going to create a bootable SD card that contains the Linux kernel and other needed files for the Raspberry Pi to boot.

This card will be installed in the Pi, load the kernel, and then kick off the boot process to load the NFS root.

I previously created a post to create a boot partition layout for a Raspberry Pi. Please follow those instructions to complete this step.

Later on in this guide, you’ll be copying the boot partition from the SD Card Linux image, on to this newly created boot SD Card for the NFS Root.

There’s a few things we have to do to prep the Ubuntu or Raspbian Linux install to be usable as an NFS Root.

For step 6, we need to modify the /etc/fstab entry for the root fs. It is different depending on whether you’re using Ubuntu or Raspbian.

After you do this, the Linux SD image may not boot again if directly installed in the Raspberry Pi, so make sure you’ve made the proper modifications before powering it down.

If you’re using a synology disk station, create a shared folder, disable the recycling bin, leave everything else default. Head over to the “NFS Permissions” tab and create an ACL entry for your PI and workstations. You can also add a network segment for your entire network (ex. 192.168.0.0/24″) instead of specifying individual IPs.

Once you create an entry, it’ll look like this. Note the “Mount path” in the lower part of the window.

Now, if you’re using a standard Linux server the steps are different.

Take note of the mount point and/or NFS export path, as this is the directory your Raspberry Pi will need to mount to access it’s NFS root. This is also the directory you will be copying your SD Card Linux install root FS to.

Copy the Linux install to the NFS Export

When you’re ready to copy your SD Card Linux install to your NFS Export, you’ll need to do the following. In my case I’ll be using an Ubuntu desktop computer to perform these steps.

When I insert the SD Card containing the Raspberry Pi Linux image, it appeared as /dev/sdb on my system. Please make sure you are using your proper device names to avoid using the wrong one to avoid writing or using the wrong disk.

Instructions to copy the root fs from the SD card to the NFS root export:

Once this is complete, your OS root is now copied to the NFS root.

Copy and Modify the boot SD Card to use NFS Root

First we have to copy the boot partition from the SD Card Linux install to the boot SD card, then we need to modify the contents of the new boot SD card.

Now there are few steps we have to take to make to the boot SD card boot to an NFS Root.

We have to make a modification to the PI boot command. It is different depending on which Linux image (Ubuntu or Raspbian) you’re using.

First, insert the boot SD card, and mount it to a temporary directory.

If you’re running Ubuntu, your existing nobtcmd.txt should look like this:

For Raspbian, your existing cmdline.txt should look like this:

Once you make the modifications, save the file and unmount the SD card.

Your SD card is now ready to boot.

At this point, insert the boot SD Card in your Raspberry Pi and attempt to boot. All should be working now and it should boot and use the NFS root!

If you’re having issues, if the boot process stalls, or something doesn’t work right, look back and confirm you followed all the steps above properly.

You’re now complete and have a fully working NFS root for your Raspberry Pi. You’ll no longer worry about storage, have high speed access to it, and you’ll have some new skills!

And don’t forget to check out these Handy Tips, Tricks, and Commands for the Raspberry Pi 4!