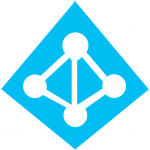 It’s time to plan your upgrade and/or migration!

This is catching a lot of System Administrators by surprise. In quite a few environments, Azure AD connect was implemented on older servers that haven’t been touched (except for Windows Updates) in the years that they’ve been running, because Azure AD Connect “just works”.

Azure AD Connect has to major releases that are being used right now, being 1.x and 2.x.

Version 1.x which is the release going end of life is the first release, generally seen installed on older Windows Server 2012 R2 systems (or even earlier versions).

However, the process to migrate to a newer server is simpler and cleaner than most would suspect. I highly recommend reviewing all the Microsoft documentation (see below), but a simplified overview of the process is as follows:

As always, I highly recommend having an “Alternative Admin” account on your Azure AD. If you lose the ability to sync or authenticate against Azure AD, you’ll need a local Azure AD admin account to connect and manage and re-establish the synchronization.