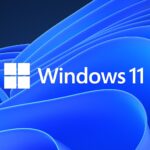 From what I understand, for most x86 users, the Windows 11 22H2 Feature Upgrade made itself available slowly over the months after it’s release, however there may be some of you who still don’t have access to it.

Additionally, there may be some of you who are using special hardware such as ARM64, like me with my Lenovo X13s Windows-on-ARM laptop, who haven’t been offered the update as I believe it’s being rolled out slower than its x86 counterpart.

However, if you’re using ARM64, you cannot use any of those above as they are designed for x86 systems. I waited some time, but decided I wanted to find a way to force this update.

Inside of WSUS, I tried to approve the Windows 11 22H2 Feature Update, however that had no success, as the system wasn’t checking for that update (it wasn’t “required”). I then tried to modify the local GPOs to force the feature update, which to my surprise worked!

Instructions to force the update

In order to Force Windows 11 22H2 Feature Update, follow the instructions below:

See below for a screenshot of the setting:

For those with a domain and/or work environment, you could deploy this setting over a wide variety of computers using your Active Directory Domain’s Group Policy Objects.

4 Responses to “How to force Windows 11 22H2 Feature Update”