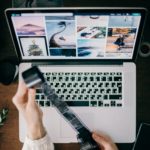 For the last few weeks, I’ve been attempting to use my desktop rig with a couple of Nvidia GeForce cards and I’ve been struggling to be able to edit in real time, as well as encode completed video productions in a reasonable amount of time.

Well, there’s a happy ending to this story, my Nvidia Grid K1 and VDI environment saved the day!

As part of my demo and homelab, I have an HPE ML310e Gen8 v2, with an Nvidia Grid K1 card. This setup is backed with an HPE MSA 2040 SAN for main storage and a Synology DS1813+ for backup and video storage.

It’s a beautiful desktop replacement as it’s silent, provides a desktop backed with a Intel Xeon Processor, and a high performance GPU.

For software, I’ve been using Cyberlink’s PowerDirector software. I’ve used this in the past for screen recording, as well as editing videos I use for demos.

On my physical desktop rig, even with two GPUs it struggles to allow me to preview in realtime the edits I’ve done on a project. The preview window is jolty with loss frames, and it’s hard to know what you’re doing. Also, when producing and encoding a finalized video project, it would take forever to complete even a small 5 minute video at 1080p.

When I first loaded this up on my VDI environment, the software instantly detected the Nvidia GRID card, and asked me if it could use it. From that point on the preview window was fluid, transitions and add-ins were rendered on the fly during previewing, and the final production encoding was literally over 20 times faster using 1080p. Keep in mind this VM only has one Nvidia K180q profile attached to it, so I’m only using less than 25% of the cards full capability.

Other benefits to video editing and encoding on VDI

There’s some other benefits that can be realized when doing video editing and encoding inside of a VDI environment:

This is just another great use case scenario for VDI. Whether it’s for the video professional, or a large organization.